Nitrogen fixation under varied fertility and successional conditions and the liberation of available N
This WP is designed to address key unknowns associated with the impact of ecosystem nitrogen status on N fixation by mosses and the subsequent cycling of this fixed N within the ecosystem. 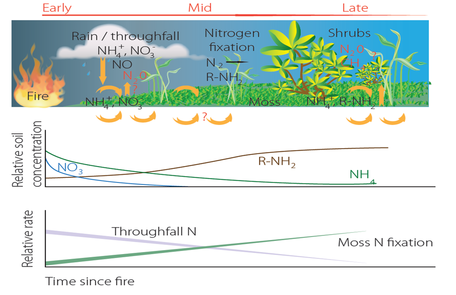 Fig 1 Schematic of forest succession and N cycling in Scots pine forests of boreal Sweden.
Recurrent, low to moderate severity fires in boreal forests consume much of the understory, moss layer, and part of the soil O horizon. Depending on severity, a portion of the total ‘ecosystem N capital’ contained within plant and soil material is lost to combustion. After fire, there is an associated increase in inorganic N availability, with the amount of N in throughfall elevated after fire, then decreasing as succession progresses. Organic N resources lost through combustion during severe wildfire events are eventually recovered through feathermoss-cyanobacterial N-fixation (see Fig. 1). DeLuca et al. 2008 showed that N fixation in feather mosses is suppressed by high throughfall N input, suggesting a feedback mechanism which results in greater N fixation as inorganic N inputs decline (Fig 2).

The impact of anthropogenic N deposition

The evidence from fire chronosequences, and from experimental nitrogen addition studies (Gundale et al. 2011) suggest that N fixation in the feather moss layer is down-regulated under conditions of enhanced nitrogen availability. We extend this work to look at the potential effects of anthropogenic N deposition on boreal N fixation. Under increasing N deposition, do boreal forest mosses retain to the capacity to build N capital?

We also have limited understanding of the fate of N fixed by the cyanobacteria. We expect that much of it is conserved in the moss layer, with most of the fixed N liberated only occasionally during disturbance events such as fire. How is N fixed by feathermoss-cyanobacterial communities cycled and taken up by higher plants?